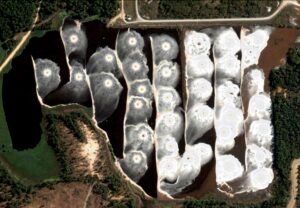 The original focus of this installation was to reduce the effluent COD and BOD without having to dredge. The BOD and COD were significantly reduced along with the TSS which prevented the mill from closing due to tight effluent restrictions on a small discharge stream during the droughts of 1997, 1998, 2010 and 2011. There has been no dredging since the baffles were installed.

Nine baffles totaling 10,020’ were installed in 1996 and are still in operation today.

The drawing below shows the lengths and layout of each baffle. The aerators were spaced 225’ apart and the baffles were designed to create 225’ channels. 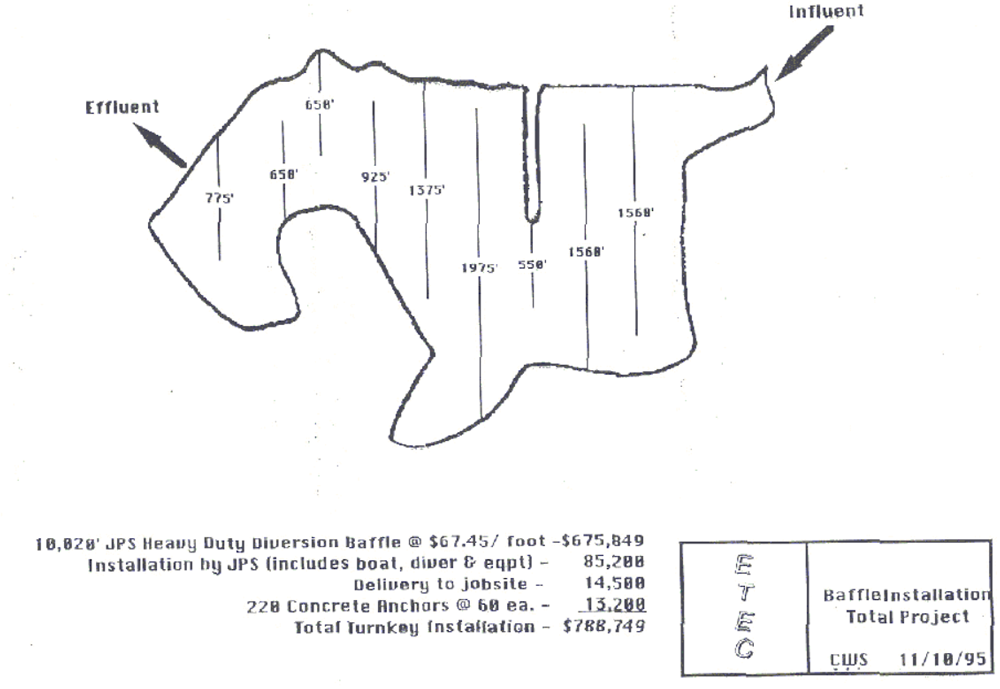 Google Earth image shows the actual layout as it is today.