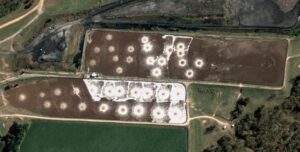 The main focus of this installation was to reduce the amount of dredging. This mill had a very high sludge yield and had to continually dredge at a cost of close to $1 million each year. Additionally, some months the effluent BOD was getting close to their permit limits and they were worried about the additional loading from the new de-inking plant so they needed to improve the overall operations of the ASB. There was no dredging for the first three years after the installation of the baffles but they have dredged the quiescent zone once since then.

Eleven baffles totaling 4,650’ were installed in 2003 and are still in operation today. 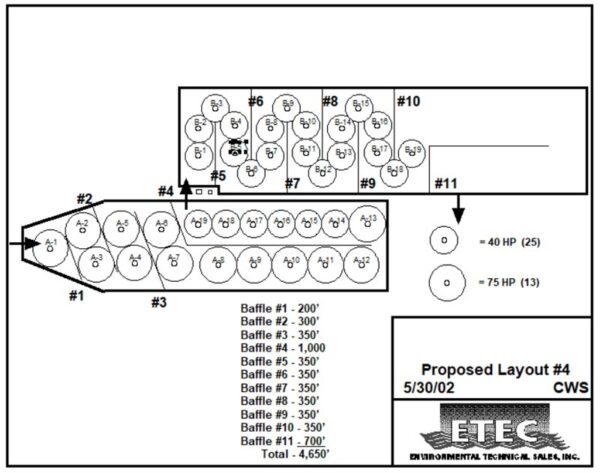 age shows the actual layout as it is today.